Paul J. Seed is Co-founder & CEO of StarTech.com and responsible for the strategic direction of the company as well as leading the executive leadership team. He guides the strategic planning process, which is influenced by ongoing customer research and feedback. He is actively engaged in high-level operational aspects of the business and over the years has been involved with all key functional areas at StarTech.com.

Seed and Ken Kalopsis founded Startech.com in 1985, and met while attending Western. Originally known as StarTech Computer Accessories, the company had humble beginnings as a “Visa Card” founded operation, manufacturing products such as computer dust covers in the basement of a house.

Seed has a keen interest in personal and professional development. One of his passions is active membership in TEC Canada, an organization dedicated to “increasing the effectiveness and enhancing the lives of Chief Executives”. In addition, he is a participant in The QuantumShift program at the Ivey Business School. He has also served as an Executive Board member for the London Chamber of Commerce, and has held board of director positions with the United Way, where he is also a sponsor and donor.

He has fostered an environment at StarTech.com that encourages all employees to give back to the community by supporting various charities and community organizations. In addition to direct financial contributions, StarTech.com employees are provided a paid day each year to volunteer for a charity of their choice. 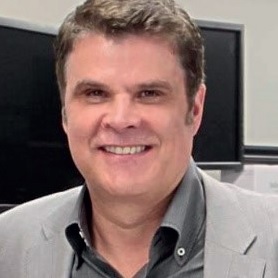