Shepard arrived at Western from Concordia University in Montreal, where served as President and Vice-Chancellor and worked to position its national and international reputation as a dynamic, next generation university. There, he has had a significant record of innovation and achievement. He has been effective in championing innovation proposals such as a Canada Excellence Research Chair (CERC) award, new graduate programs and substantial increases in Tri-Council and sponsored research funding, as well as financial aid for students.

Prior to Concordia, Shepard served as Provost and Vice-President (Academic) at Ryerson University. There, he intensified the institution’s research and teaching capacity, while furthering investments in entrepreneurship and innovation with a particular focus on studentled initiatives. Shepard led the development of the Digital Media Zone (DMZ), a business incubator in downtown Toronto targeting early-stage technology startups.

His current and past board service includes Universities Canada, Stratford Festival of Canada and the Chamber of Commerce of Metropolitan Montreal.

American-born, Shepard was the first of his family to attend university when he enrolled in St. Olaf College in Minnesota. Elected to Phi Beta Kappa as an undergraduate, he earned a PhD in English from the University of Virginia. 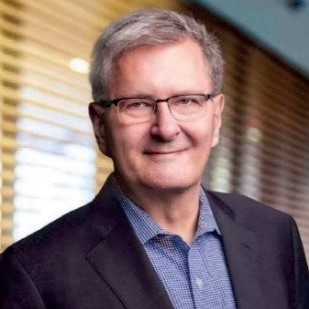